caring for your Horse and Pony from Conception to Retirement...

ATYPICAL MYOPATHY (AM) is a highly fatal muscle disease in the UK and Northern Europe. Incidences tend to occur repeatedly in the autumn and in the spring, often following large autumnal outbreaks.

The new European research into confirmed cases of AM identified high concentrations of a toxic metabolite called hypoglycin A, in the serum of affected horses. 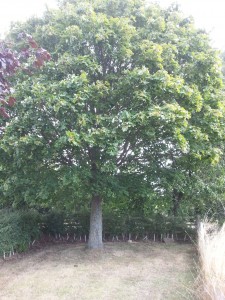 pseudoplatanus, the Sycamore Maple, was found to be present in every case. This was the only tree common to all visited pastures. 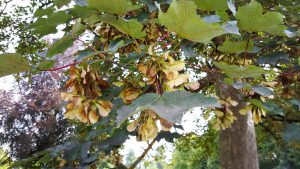 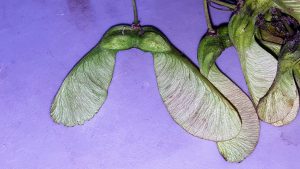 Hypoglycin-A is found at various concentrations within the seeds of plants in the genus Acer. The distinctive seeds are called samaras and appear as characteristic ‘helicopters’ due to the way they spin as they fall.  Levels of the toxin Hypoglycin-A vary between trees and between seasons.

Researchers point out, “It is likely that the most important contributing factors to horses becoming poisoned by hypoglycin-A are the availability of seed in the field combined with lack of other feeding options. ….We know that seeds contain highly variable quantities from seed to seed, even within a single tree… It is possible that conditions that stress the plants may contribute to significant seasonal changes in hypoglycin-A levels.”

Professor Celia Marr, said: “ In immediate practical terms owners can take prompt measures to avoid exposing their horses to sycamore seeds this autumn. Where horses are grazing in the vicinity of sycamore trees, it is imperative that they are provided with sufficient supplementary feed as this will minimise the risk that horses might be tempted to ingest seeds containing this toxin…”

Atypical Myopathy causes severe muscle damage which is unrelated to exercise as the case of Azoturia /Tying up Syndrome.  The disease chiefly  affects the postural and respiratory muscles. As a result animals are often found lying down, unable to rise with an increased respiratory rate and respiratory effort.

Unfortunately this condition is often fatal. As there is no specific antidote available treatment is limited to symptomatic therapy to support the respiratory system or to prevent further muscle damage in recumbent horses. Stabling affected animals will reduce stress levels and allow careful monitoring.  Whilst fluid therapy, Vitamin injections and oral antioxidants can help reduce muscular inflammation and support kidney function.

Prevention via denying access to the seed heads is extremely difficult.

Fencing off pastures contaminated with seed heads, as shown in the photo, should be attempted. The supplementation of sparse grazing with additional hay might also prevent horses from ingesting seed heads.